skip to main | skip to sidebar

Hi all, writing today from Lander again, which Kate and I have been using as a home base for our explorations of Wyoming.  Since she got here late on the evening of the 3rd, we've made the most of our time, and the availability of a car, to see as much as we could of the area around here.

Luck aided us with a fortuitous run in with an old thru-hiker acquiantence named Mike whom I walked some miles with on the AT down south back in 2008.  He happens to work at the outfitter in town, and was at the register when I came in to do some shopping the other day.  It turns out he moved here immediately after finishing his AT hike, and, due to the accessibility of some world-class cliffs and his complete obsession with climbing, decided that this was a pretty good place to spend a few years.  He's pretty much an awesome guy and a great host around town, even lending us his two person tent to use for a few days and introducing us to some of his many friends.  Even though we've only been here a few days, it seems like we already know about half the folks around here.  It was one of those "small world" moments that seems to strike so often out here on the trail, and it definitely worked to our advantage.  Hopefully somebody will wind up in NYC so I can return the favor one of these days.

Kate's first day in town was the 4th, which is apparently a very big deal in town here.  We started the day off checking out the parade, then took a stroll around town, a process which only takes a few hours; everything is conventiently compact, and the tree lined streets and numerous parks make for good walking.  After hitting up the (incredibly overpriced) fair in the strip mall parking lot, we drove around and got some errands  done, then hit up the local rodeo.  Now in its 118th year, it was a pretty cool experience, and definitely a first for both of us.  Unfortunately the fireworks were cancelled this year due to the fire ban, but we're told that normally the town goes ape shit, with people setting off professional grade explosives on every street corner in addition to the county run one.  As such, this was apparently a very tame year for Lander, but its all probably for the best given the dry conditions.  After wrapping things up at the rodeo, we hit the bar with Mike and some of his friends before turning in early.
The next day, we chose to start the day off with a brunch at the swank Middle Fork Cafe, run by one of Mike buddies.  It was a surprisingly upscale experience, very reminiscent of the brunch scene back home in NYC.  Next up, we decided to explore the area south of town along the Popo Agie River.  This included a trip to "The Sinks" and "The Rise", a section of the creek where the water disappears underground into a series of limestone cracks and caves, then reappears 1/4 of a mile later in a trout filled pool.  We also headed up to a waterfall farther upstream, where we took brief, frigid dip in the pools there, then on to an abandoned CCC fire lookout on Blue Ridge, before throwing down camp at Fiddlers Lake.  Thankfully the fire ban doesn't extend to established campsites, so we were able to get some flames going before hitting the sleeping mat.

Yesterday was our big trip, as we decided to make the long drive to Grand Teton National Park.  Its about 2 1/2 hours away, but the drive was beautiful as it passes through harsh badlands, sculpted red rock canyons, green river valleys, and high wooded passes before dropping to the open plains that preclude the Tetons themselves.  These seem to rise straight up from the flat grasslands into a jagged wall of snow capped rock dotted with lakes at their base.  Like all national parks, it was somewhat crowded with RVs and families towing children, but we still got in a little swim and a hike up to Hidden Falls and Inspiration point before heading to a campground outside the park.

Today, we took the drive back to town, stopping in the town of Dubois (pronounced DEW-boys), then hit up the local museum. We're probably going to just take it easy, as Kate has to head out at 2:30 tomorrow morning to catch her flight back home. Which sucks. Its going to be very hard going forward from here, especially after having her here for a few days and getting to slack off for so long. Its been fun, and Lander is a great little town to spend some time in, but the Winds are still calling, and having had the chance to see some of the terrain going north from here, I am definitely anxious to get back on the trail and get her done. With that, its time to get off the computer and get back to life. It'll probably be some time before I get a chance to update again, given that I plan to skip the next town for resupply, and after that is Yellowstone. Talk to you later... whenever that is. 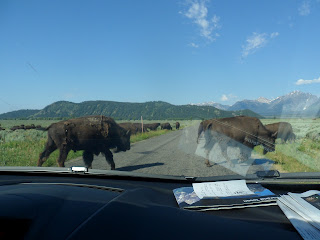 Driving through a heard of Buffalo in Teton 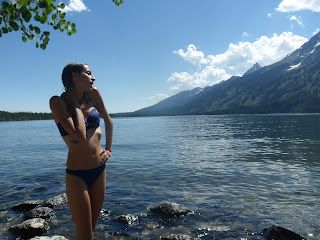 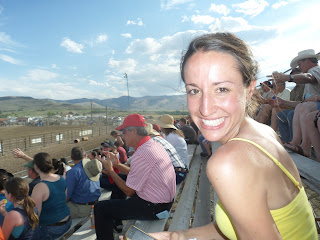 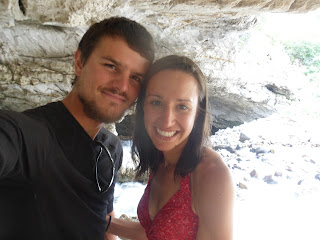 The Sinks, with the limestone cavern in the background 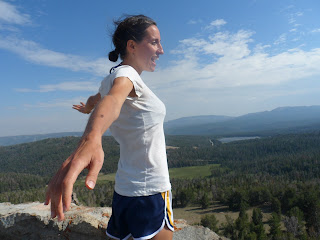 Titantic moment atop the CCC firelookout on Blue Ridge 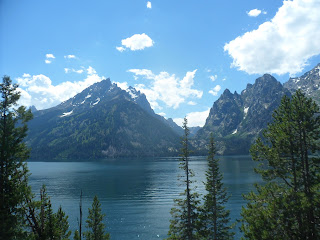 The crazy peaks of the Tetons in the distance 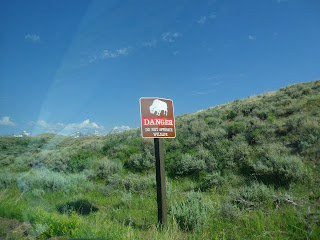 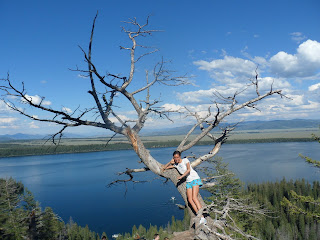 The view from Inspiration Point 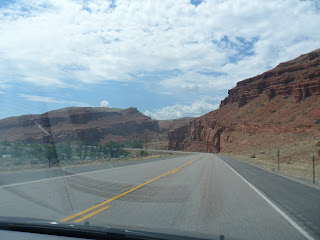 Beautiful red canyons on the drive to the park 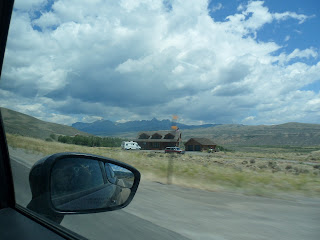 The Tetons rising straight up from the plains 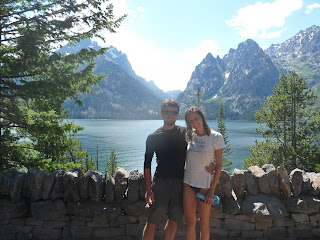 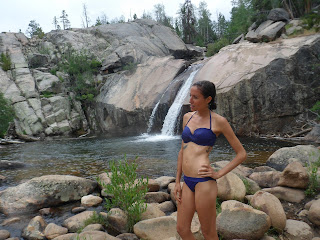 Another pic for the Kate swimsuit calender at Popo Agie falls 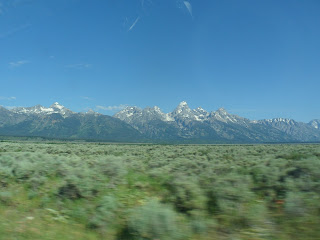 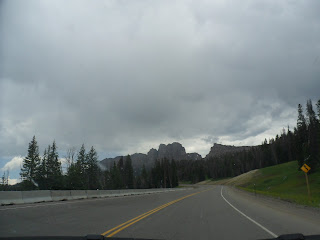 Posted by Animal Entropy at 1:59 PM

Yay for all of the pictures! So glad that you had a good time together. I can't wait to hear about Yellowstone. I'm trying to figure out a way that I can come with Mom to meet you at the end!